Flying is a career that is rewarding, in terms of job satisfaction and finances. Pilots have to go through intensive trainings to achieve this unique skill. As a result, pilots all over the world are paid well. Since there is a huge demand for commercial pilots, airline pilot earnings is an excellent reason for considering the aviation career.

How earnings work for pilots, help us decide whether this is a good career opportunity or not. Pilots don’t earn an annual salary like other professions, yet it is one of the desired employments in the UK. The job of a pilot is a complete package in itself, as it comes with responsibility, a lucrative salary, and prestige.

If you’re a newly graduated pilot working in a small operation, you can expect your salary to be around £25,000 per year. However, the starting income of pilots working within extensive operations is £28,000 on annual basis. How much do pilots make depends on their experience level. First officers have a salary package around £36,000 to £48,000 on yearly basis. Those reaching the role of a Captain, their salaries range from £54,000 to £75,000, working in medium-sized firms. However, individuals working with major operations have their incomes reaching up to £140,000 per year.

To begin your training as a pilot, you need to qualify a minimum of five GCSE subjects and two A level subjects. Aviation training requires in depth knowledge of physics and maths. A graduate or postgraduate degree is not a compulsion. However, the more professional degrees you have in your cap, the more you’ll earn. There are many degrees including aviation management, aircraft engineering or aviation technology that can help boost your career. Candidates with a certificate or diploma aviation, earn around £91,800 per year. Those with a Bachelor’s degree earn an average of £123,000 per year. Pilots with Master’s degrees earn an average of £189,000 annually.

Pilots have multiple roles that come with their specific responsibilities. An aircraft is operated through two pilots –one is the captain who commands the plane and the other is the First Officer, having a supporting role. Both the pilots work in turns; one has the operating role that controls the plane and the other does the paperwork and coordinates with the air traffic control. During long-haul flights, there are often three to four pilots on the aircraft so that each one gets his rest. All the pilots have to follow recurrent training after every six months. First Officer in a short-haul flight earns around £30,000 to £60,000 per year on average. Captain for such flights earn more than £60,000 per year. First Officer for long-haul flights earns an average of £55,000 or more per year. Captains travelling for long-haul flights earn £120,000 per annum.

Being a pilot, you have to work unusual hours. It’s not your typical 9 to 5 job. How much does a commercial pilot earn also depends on flying hours of the pilot. In UK, a pilot works approximately 39 to 41 hours in a week. This includes working days as well as weekdays and holidays. Working days of a pilot also depend on flying route and the company with which they are working. Typically, pilots handling domestic aircrafts earn less than those flying internationally.

In UK, salaries of pilots vary according to the location. Pilots in Bristol earn the most, achieving an average of £104,914 per year. Then come those working in Cambridge, who earn an average of £62,427 per annum. Pilots in London earn £40,132 annually while those in Glasgow earn around £26,300 per year.

How much does a pilot earn depends on various factors. Airline pilots earn based on flight hours or the flying routes. Income of pilots change over their career. Let’s have a look at the factors involved.

Remember that salary range is on continuum – from lowest to highest. The change in salary applies to both passenger airlines and cargo airlines. Many international airlines pay premium salaries to their pilots to entice them for work or retain them. In order to compare salary rates between airlines, employees are advised to review hiring requirements of different airlines.

It is evident that becoming a pilot comes with great responsibility along with personal commitment. It is a challenging task that requires substantial dedication and some financial backup which involves training. Employment companies in UK that hire pilots include scheduled airlines, chartered airlines, and freight airlines. The airline industry in UK is always full of job prospects, yet securing your first job as an airline pilot takes time. Being a pilot is a progressive career path where your salary increases as you attain professional development.

How much a pilot makes in UK?

How much is a pilot paid per month in UK?

On average, pilots’ annual salary is £54,000. This comes out to be £3,300 per month which is 82% higher than average national salary in UK. Among the pilots, newly qualified officers have lower salary as compared to the Airline Captains who enjoy highest salaries.

How much do pilots make an hour in UK?

The average salary of a pilot per hour is £18.40. In UK, entry level positions start from lower range while salaries rise dramatically for experienced employees.

How much does a British Airways pilot earn a year?

According to British Airways, the average salary of a captain is around £167,000. There are also flight allowances of approximately £16,000. Captains having long-term contract with the airline earn around £200,000 per year. Those with new contracts earn lower salary.

DO you need A levels to be a pilot?

A levels is not a compulsion but to qualify as a pilot, you need A levels or an equivalent degree. Also, you must be above 18 and have a minimum of Class 2 medical certificate. You can also achieve a university degree in aviation or air transport. In A levels, you must have 3 subjects with grading that includes A*, A, B or C. 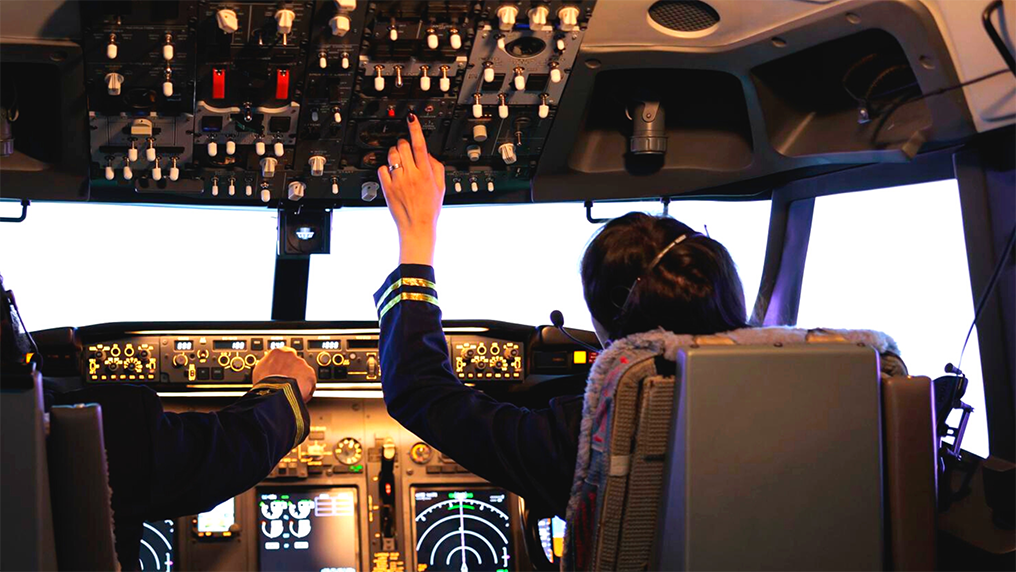 5 differences between private and commercial flying

As a pilot, you have two major career paths to choose from: private and commercial. While there’s a lot of crossover between the two, they offer different benefits and challenges, so which is be...

How I became a multi-engine commercial pilot

As cliché as this may sound, it did all start with a dream for me. For as long as I can remember, I have always been that stereotypical kid that is fascinated by the engineering marvel airplane...

How I became a commercial pilot cadet at L3Harris

Introducing Introducing Chris Coles, Chris is a commercial pilot cadet at L3Harris Commercial Aviation, he kindly shared his path to an aviation career, what it was like to train as a pilot and adv...