Aviation trends that emerged because of the pandemic

The Covid-19 pandemic has prompted world governments to decide to limit travel significantly. As a result of all this, airlines are now struggling to fill their flights. But along with the bad news (from job cuts to airline bankruptcies), a crisis is always fertile ground for innovation, since effective problem-solving means generating ideas.

The importance of innovations was stressed out by Secretary-General of the ICAO Dr. Fang Liu, who said that “innovation will be crucial to how we build aviation back better in the months and years ahead”.

In 2019, aspirant pilots had little reason to worry. The dilemma of whether to buy an essay paper or write one yourself seemed like the last hurdle to getting a pilot’s license and starting a new life stage. And then 2020 happened, affecting the lives of millions of aviation workers and passengers. Nevertheless, it is what it is. And the whole aviation world is trying to adapt to this new reality.

So, let’s take a look at some of the pandemic trends, which are shaping the present and the future of the aviation industry.

Flying for the sake of flying

In the Asia-Pacific region, airlines have started flights with passengers on board in both directions, but without a final destination. This is because travelers just want to fly – never mind that the journey will end at home.

The founders of this trend were Qantas, China Airlines, Hong-Kong Express, and EVA Air, which organised a flight from Taipei in the style of the Hello Kitty cartoon. Three Michelin-starred Motokazu Nakamura served food on board. Australian airlines Qantas were not left out of the trend either.

The first sightseeing flight took off from Sydney and landed there 7 hours later. During the flight, passengers were able to enjoy some of the iconic sights from above. The flight, which, according to the airline spokesman, sold out in record time in the history of Qantas airlines – in 10 minutes. The airline sold 134 tickets worth from £314 to £1513 pounds.

Since the pandemic in most of the world has no sign of going away, and airline debts are only increasing, many carriers stop refunding for unused tickets. A prime example of this is the low-cost airline Ryanair.

When Britain announced a second lockdown in November 2020, the company said it would not make refunds on the flights, even though the U.K. government has banned all but the most essential travel. And most airlines insist on refunding vouchers rather than money for tickets. Thus, consumers are unwittingly keeping the industry afloat by investing from their own pockets.

It’s funny how people not only miss flying but also the unexpected details of air travel, such as in-flight meals. Some airlines have noticed a demand among regular passengers for in-flight meals. Thai Airways started the trend back in April 2020, selling boxes of food from the Bangkok airport and then offering in-flight meals at the Royal Orchid Dining Experience.

Of course, this innovation isn’t enough to save an airline from bankruptcy, but it could help keep passengers loyal. And Finnair has decided to sell ready-made meals from its business class menu in Finnish grocery stores. In the kits, you can find local delicacies: venison meatballs or Arctic char, for example. These dishes are designed by Finnair’s chefs and cost 10 – 13 euros per serving.

If the experiment is successful, Finnair plans to expand the production of the kits and establish sales in other places. Cathay Pacific and Garuda Indonesia are also trying to get in on the trend, and Gate Gourmet, an airline catering company, is selling frozen meals directly to the consumer from its warehouse in Sydney. In general, they are doing the best they can.

Disinfection programs have become the number one priority for airlines, but in the coming months and years, they will give way to thoughtful, safe interiors made of antiviral and antibacterial materials. American Airlines pioneered the development of special coatings, introducing the special substance SurfaceWise2, which is applied to surfaces by electrostatic spraying.

United follows closely behind: it has created a similar antimicrobial coating, Zoono Antimicrobial Shield, for parts of the aircraft cabin. This coating creates an invisible barrier on surfaces and physically destroys virus cells. This protects passengers and staff from the surface transmission of the coronavirus, especially in the areas most commonly touched – seats, armrests, trolleys, and litter covers.

The interiors in business class at many airlines have always been of the highest quality. But in the pandemic era, priorities have shifted: the luxury for which airlines can charge top dollar is not nice seats, but isolated cabins.

Airlines that already offer passengers separate “suites” should be doing well. Examples include Air France La Première and Emirates’ upgraded version of first class. Most other airlines do not yet have full-size partitions.

The adoption of biometric technology has accelerated noticeably because of the pandemic. More and more airports are now being equipped with contactless gateways that can be opened with a smartphone and biometric systems – facial and iris recognition.

At Dubai International Airport, Emirates has equipped a continuous “biometric track” that allows travelers to check-in for flights, complete immigration formalities, enter the Emirates lounge, and board the plane simply by following the route at the airport.

Emirates also became the first airline outside the U.S. to receive U.S. Customs and Border Protection approval for biometric boarding.

Sure thing, there are a lot of other trends which arose due to the COVID-19 pandemic. And of course, there going to be a lot of new trends, which could make airlines and air travel look like something we won’t be able to recognise at first.

At the same time, as more and more people across the world get vaccinated, there is hope that one of the aviation trends of late 2021 (or at least 2022) would be returning the industry to the state as it was in 2019.

Author Taylor Brouwer is an experienced author, majoring in transport and economy. Used to work in transportation companies across Virginia, USA. Currently works as a content writer at writemypaperbro.com. – Photo by Lukas Souza on Unsplash

7 trends of aviation necessary to consider

After a total shutdown of air travel of 2020, the aviation industry is gradually recovering and becoming more affordable and desirable. Aviation employs an estimated 65.5m workers worldwide, with 10.8... 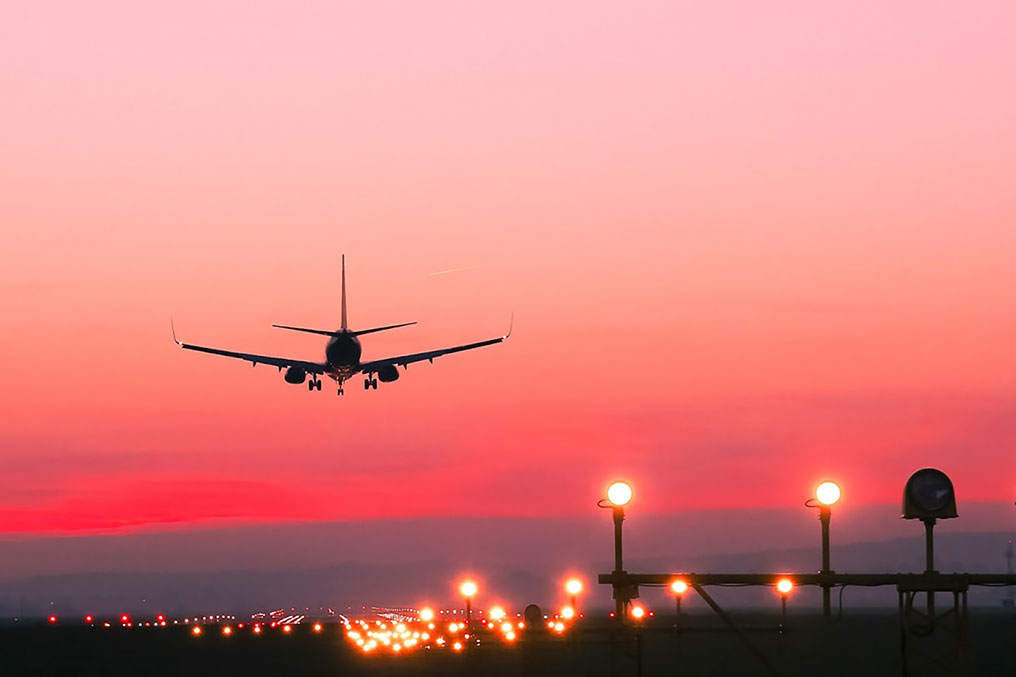 What can we expect from the aviation industry in 2021 and beyond?

Since the beginning of the COVID-19 pandemic, we have all had to get used to a new version of normal, and whilst this can mean minor changes for some areas of life, the aviation industry is one sector...