What it is like to be a Senior First Officer

Pursuing a career in aviation

Well, from an early age, I was really interested in airplanes and as my parents said, if there was anything aviation-related on TV, I was stuck to it. Also, when I was young, I was given model airplanes to play with and at weekends, we would go to the airport to watch planes Takeoff and Land.

I loved the buzz and atmosphere at the airport. I was also very fortunate to get to travel quite a bit as a kid and enjoyed the travel side of things a lot. At 5 years of age, I started playing flight simulators on my computer at home and was hooked. Whilst many of my friends wanted to be policemen, firemen, and doctors, my eyes were fixed on becoming a pilot and the thoughts of becoming a pilot never changed.

I think I was quite fortunate as I knew what I wanted all the way through primary and secondary school while others struggled to decide what they wanted to do. At 12 years of age, I was given a flight lesson by a family friend and it was my first flight. I remember it like it was yesterday. We took off from my home airport in Cork Airport and flew over the Irish coastline and over my hometown.

Then, the instructor handed me the controls and that was it!! I knew it was what I was meant to do. Then over the next few years, I spent a lot of time looking into flight schools and different routes of becoming a pilot and in 2004, I began my flight training.

After my initial introduction flight, I was fixed on my path and spent some time looking at the different routes and options on how to get started as a pilot. I knew that it could be expensive, and looked at all schools at home and abroad. There were pros and cons to each place and in the end, I narrowed it down to a local flight school as it gave me the ability to stay at home and save money.

It also allowed me to work whilst completing flight training. I completed a modular program which meant that I was in charge of my own progression and allowed me to do each part of flight training in a module-by-module fashion. It really meant that I could speed up or slow down the process which was great as I could work and then go to the next stage when I had the finances available.

The modular route also afforded me the luxury and time to complete an Honours Degree in Computer Science and Geography at my local university. In fact, it is something that I now would recommend the aspiring pilot to try and achieve. It is advice I received before my flight training from a senior airline captain and as time progresses, I can see the value in it.

Our careers are based on medicals, and as that wise Captain said to me “we are always only one medical away from being out of a job” and he is right. Fortunately, however, I’ve not needed it so far. In 2013, I finished my flight training and completed my MCC (Multi-Crew Cooperation) course in Simtech Aviation in Dublin, Ireland. This was the last important step in being fully ready to apply for airlines.

After flight school, there was a job shortage in the sector and I spent 3 years searching for my first job. In that time, I recognised the importance of keeping my skills to a high level whenever that first interview would come along.

I volunteered as a Flight Simulator Instructor at weekends in two different places and taught new students and aviation enthusiasts on the Boeing 737 Simulator which also allowed me to gain some very good skills such as communication, working effectively and efficiently within a team, and most importantly learned a huge amount about and the importance of Crew Resource Management.

It allowed me to keep my skills at a high level for when the time would come for my first job interview. And it all paid off in 2014 when I got my first job with Stobart Air flying the ATR 42/72, operating the Aer Lingus Regional contract based in Dublin.

Each of the phases increases with difficulty but at no time was it overly difficult. I think flight training is thought to be really difficult for people, but in fact, it isn’t. If you have a passion for aviation and work hard and study well, it is a very very enjoyable course. Once you complete your PPL, you have a license to bring friends and family with you on trips in a light aircraft which is very enjoyable.

If you wanted to continue along the commercial route, as I did, you would then start hour-building, which is in effect building hours of experience (generally between 75-100 hours) before starting your commercial license. At the same time, you would have to complete 14 theoretical exams ranging from Navigation to Air Law to Meteorology which were difficult exams but again, with some study and determination, they are very doable.

Once passed, I then completed my MEIR and this culminated in a flight test which allowed me to be a fully qualified commercial pilot who could fly in Instrument Meteorological Conditions (IMC) which is in effect poor visibility and poor weather conditions which airlines look for.

I then completed my final stage of training in Dublin. This is called the Multi-Crew Cooperation (MCC) course. This trains you to work within an airline Multi-Crew role instead of single-pilot operations. I loved every bit of the training.

In 2018, I began with Aer Lingus operating on the Airbus A319/320/321 aircraft and completed my training with them. Working for Aer Lingus was my goal from an early age, from watching them as a young kid looking out the windows of my local airport terminal to actually flying for them almost 28 years later, it feels like it has come full circle.

My normal work pattern is 5 days on, 3 days off. The days can be long at times but working alongside such wonderful colleagues and friends makes it so much easier. We would normally operate a 4 sector day which could be anything on our exciting European network. As of 2019, we also introduced the Airbus A321 NEO LR.

This now means that I also operate as a transatlantic pilot to the East Coast of the United States, particularly New York and Boston, and into Canada such as Toronto. It is a very exciting place to work and get to spend time in some of the most amazing and beautiful places in the world. We get to bring family and friends on these trips thanks to our wonderful staff travel options.

I really am enjoying my position with Aer Lingus and I will continue to enjoy it as there are so many different career pathways to venture down, whether it be to get involved in training others or moving onto bigger aircraft, or becoming a ground instructor.

With the current positive trend emerging from the Covid-19 pandemic, it is a time where there have been quite a few retirements from the company, and in turn, brings about many new command positions within the company so the outlook is great. I’m very happy working with Aer Lingus.

As a pilot in my company, my roster pattern is fixed and it is 5 days on, 3 days off. Within the working week, my schedule can vary around quite a bit and every day is very different. It normally consists of a 4-sector day, which comprises 2 return trips (Example: Dublin -London Heathrow and return, followed by possibly a Dublin – Prague and return).

Then in the mix, we may have a standby duty which means we are on call at a home in the event they need crew due to sickness and so on. Summers in particular are very busy, whilst winter offers a bit more relaxed roster so it balances out.

In terms of financial costs, flight training can range greatly, not only from place to place, but it also depends on the type of program you want to attend, whether it be modular, which would be over a longer time period as you are in charge of the speed you want to complete the course.

The other path is what is called an integrated program, which is designed to bring you from the Ab-initio stage to a fully qualified commercial pilot within a much shorter time period. In my own case, the modular route was much slower but I went at my own pace, however, because the time between lessons was longer, the cost also went up as you would need to redo certain parts, so all in all, I would say the total cost of my training ended up just under €90,000.

For an integrated program, the costs vary largely from country to country, but it is very important to find a good flight school that is recognised by airlines. They may cost slightly more but it is worth it.  Integrated training programs can vary between €60,000-75,000.

As much as I love flying, it is very important to also know when your body is tired and how to balance your personal life too. I think it is vital to remain healthy and to ensure that you have some past times that allow you to get regular exercise because flying requires a lot of time sitting down.

So, I enjoy cliff-walking, hiking, and combining that with photography and this allows me to balance out the lifestyle. Being organised helps too and luckily, most airlines provide your roster 6 weeks in advance allowing you to plan your personal life better. I personally enjoy travelling and find it very relaxing and use my staff to travel regularly. One of the perks of the job!!

Introducing Craig:  At Aviation Job Search we recently spoke to Craig Walchester, a student pilot who kindly shared his path to becoming a student pilot, what his schedule is like and careers... 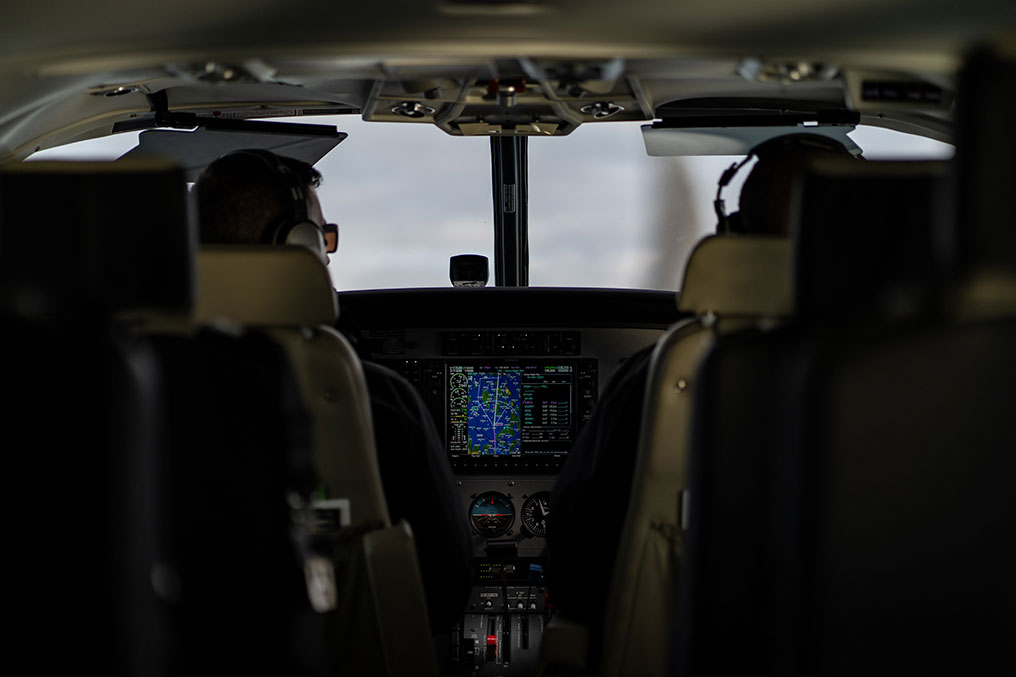 What is the lifestyle of a student pilot like?

Introducing Rasheed  We recently spoke to Rasheed Graham a Former Aer Lingus Cadet now ATPL (A) Student at Flight Training Europe, we asked why he chose to join the aviation industry, what his s... 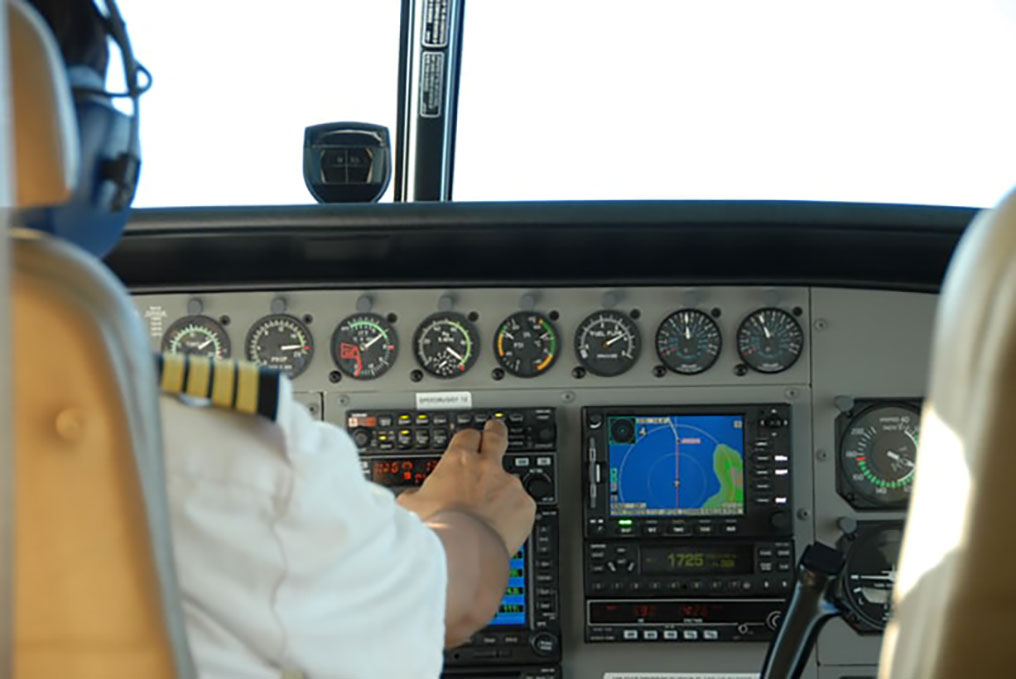 What it is like to take the integrated ATPL course

Hassan Jamal is a student pilot at L3Harris Commercial Aviation, in this article Hassan details what it was like to complete the integrated ATPL course.    Consider flight school&nbsp...