How to become a Pilot: a step by step guide

Coming from a family that has no background whatsoever in the aviation industry, we immediately found it to be a really challenging goal. This was due to the realization that the information out there is extremely scarce which makes the decisions one has to make in order to achieve the end goal really difficult.

The aim of this article is, after many years in the industry meeting people, studying in different flight schools and analyzing the different methods of achieving one’s Commercial Pilot License (CPL), to summarize these methods and detail some of their pros and cons.

Your quick step by step guide

To start off, I will briefly explain the steps one must complete to become fully ready for applying for pilot jobs, it must be mentioned that these are ordered in a simplified manner. Depending on one’s path to becoming a pilot, the order may shift slightly:

1) Firstly, one must complete their Private Pilot License (PPL) theory exams. These are 9 short exams that can be realistically completed in a period of 1-3 months.

2) After that, the new pilot student must start their flight training to get their PPL, this is normally going to be a 40-50 flight hour process to get ready for the skills test which, when passed, would mean that the PPL is complete.

3) Next, one must start their hour building to get up to the region of 150 flight hours, which is usually done by renting aircrafts from flight schools and travelling with colleagues, family and friends. During this time, it is also required to complete the Night Rating (VFR(N)), which consists of 5 flight hours in night time following visual flight rules, as well as a long trip of over 300 Nautical Miles landing at 3 different airports.

4) Additionally, before, during or after that time, the difficult process of studying for the Airline Transport Pilot License (ATPL) exams must be done. These are 14 exams which require a period of between 6-12 months to complete.

5) After completing these courses, one can start their CPL course together with the Multi-Engine (ME) and Instrument Rating (IR) modules. This is the final step on the road to achieving the goal of being a commercial pilot. With determination and hard work this course can be completed in 3-4 months.

6) Finally, to be fully ready to start job searching, a Multi Crew Cooperation (MCC) course must be completed (which doesn’t take more than 1-3 weeks), as well as an Upset Prevention and Recovery Training (UPRT) course (which takes up to 3 days).

Now that you have a clearer idea as to which qualifications are needed, which route shall you to take to go about getting them?

As of today, there are 3 main paths to become a pilot: modular, integrated and University.

Let me start by stating that the modular path to becoming a pilot is the one that I chose, but that does not mean that it is, objectively, the best way. All of these methods have their own advantages and disadvantages, which I'll go on to cover...

In the modular pilot training scheme, one can complete the series of pilot courses needed to be ready to apply for jobs in a very personalized manner. This means that, any pilot student may do their PPL in one school, do their hour building in another, do their VFR(N) course in another, and so on. This leads to our first pros and cons as every time one changes flight schools it is associated with an obvious risk of going to a training center where, regardless of that person’s due diligence, having a good experience there is never 100% certain.

The modular method of becoming a pilot is undoubtfully the most flexible one as you have the liberty to choose when and where you want to do each of the courses. This additionally allows pilot students undertaking this method to be able to have the flexibility needed to maintain a steady job or to study in University whilst training to reach the desired CPL.

Also, the modular method can end up being quite a bit cheaper than the other methods as one has the liberty to choose different quality/price options for each course along the way without having to stay at a single flight school during the whole process. Again, as said before, unfortunately this comes with the risks associated with changing any type of school often.

I’d say that the integrated path is the most common one used for prospective pilot students. The term “integrated” refers to the integration of all the individual pilot courses into one complete course at a single flight school.

When mentioning the fact that the whole course is done at a singular flight school, quickly, some of the pros and cons of the integrated method become apparent. The risks of changing flight schools are diminished but they are substituted by the risks of not liking the modus operandi of the flight school chosen for the entirety of the training.

Integrated courses do have the advantage that they are usually the fastest way to become a pilot, as some of the courses advertise themselves as being only 18 months long (whilst I would say that 24 months is usually a more realistic approach). Also, having all services, accommodation, food and lifestyle centered in one single place during the whole of the training process definitively simplifies the whole process.

It’s worth mentioning that these advantages do come at a cost, as it is quite often to see integrated courses being offered at quite a higher price than what a full modular path would set one back.

Last but not least... the University path to becoming a pilot.

Straight off the bat one can clearly see the appeal for this kind of method of achieving a commercial pilot license because, as the name suggests, the end result of this method is a CPL and a Bachelor’s degree.

Based on what I’ve been told along my journey to become a pilot, and thanks to my own experience, I am well informed of the many University paths that are on offer in the UK and in Spain (I do not have information on other European countries). These Bachelor’s degree curriculums are aimed mostly to provide pilot students with business related knowledge applicable to the aviation industry. Air Transport, Aviation Operations and Aviation Management, all with pilot training, are common names for these types of degrees.

In terms of costs and time, the University path is usually, the most time consuming and expensive of them all. This is due to the fact that the prospective pilot cannot escape the high costs of pilot training, which in combination with the University course prices (highly dependent on the country) add up to a higher final price.

One can easily see the appeal of adding a University degree to a pilot CV as it is well known that having a Bachelor’s degree is well appreciated in the USA pilot market and, especially after the impact of COVID, the need for a contingency plan is now more evident than ever.

The choice of what path to take to become a pilot is extremely subjective to your own personal time and financial situation, as well as your personal preference.

Considering the personal weight of all pros and cons of the different methods is an important as each person’s priorities on how to reach the pilot job market are different.

My personal experience tells me that regardless of the path chosen, it is every one’s own discipline and hard work that determines the end success of their path to becoming a pilot.

And this goes to you (yes you) the person behind this screen starting to gather information on how to become a pilot. The journey can be long and arduous and can get truly frustrating at times, but if you are mentally prepared to endure all the obstacles along the way, believe me, the ultimate reward is really worth it. 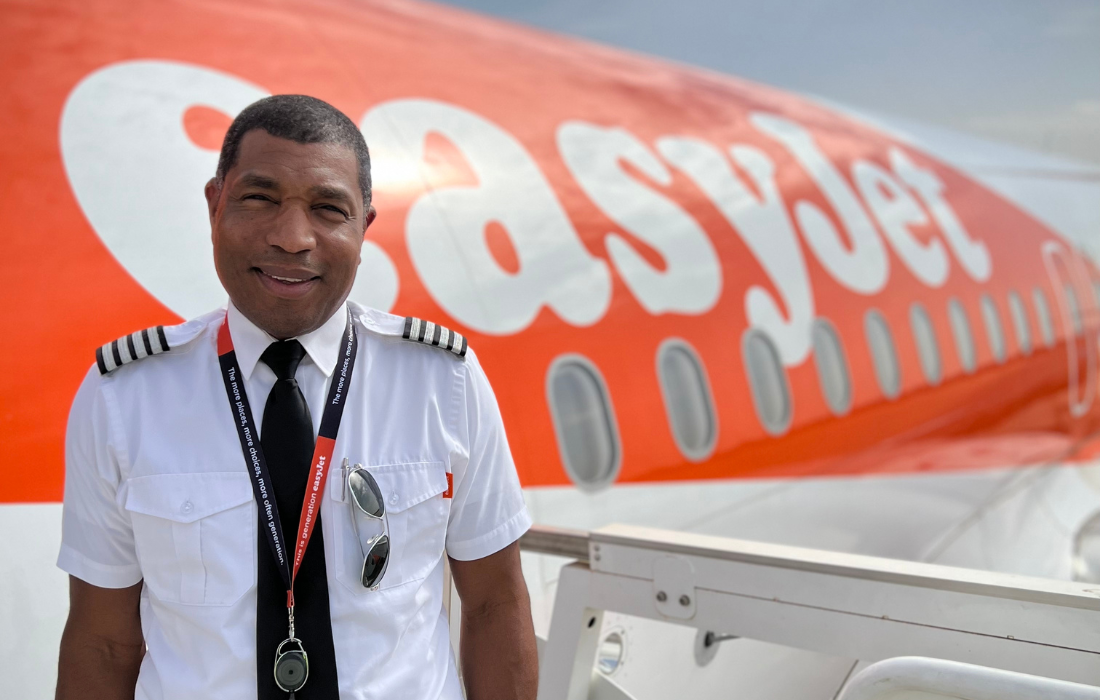 Breaking down barriers on the journey to your wings

Thanks Jen and the team at Aviation Job Search for inviting me to write this article on my journey to the flightdeck. I hope you will find it useful in planning your own journey, or at least just find... 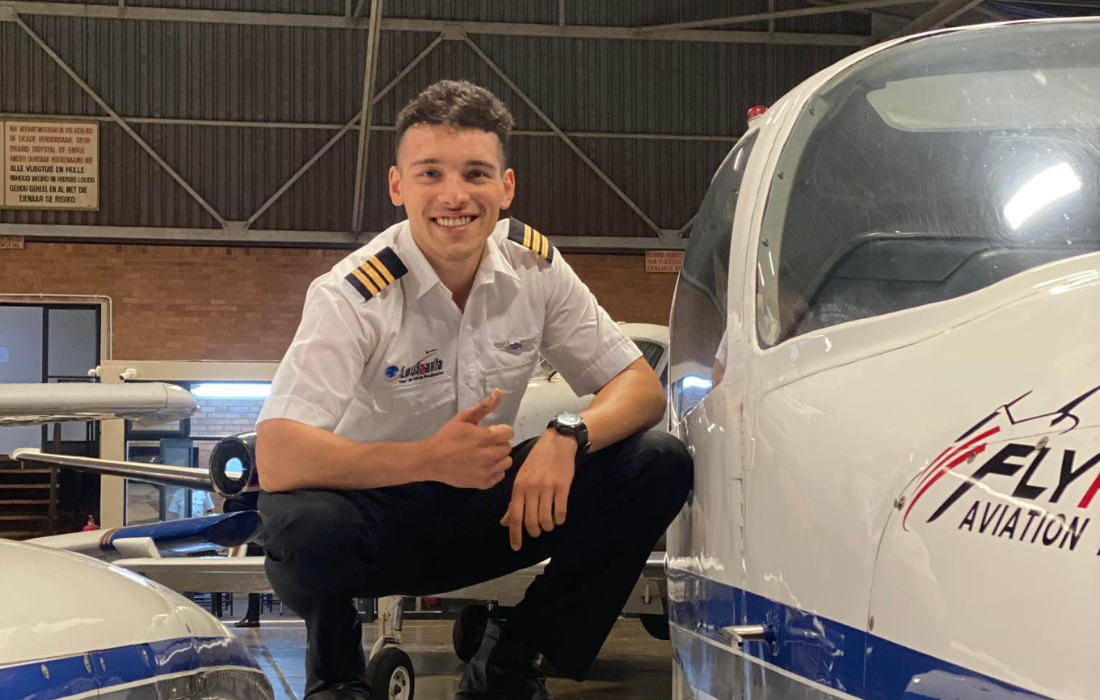 Meet Billy Mohammad, Commercial Pilot based in South Africa.    Where did the dream start for you? My love for aviation began as a young boy looking up to the skies in awe of t... 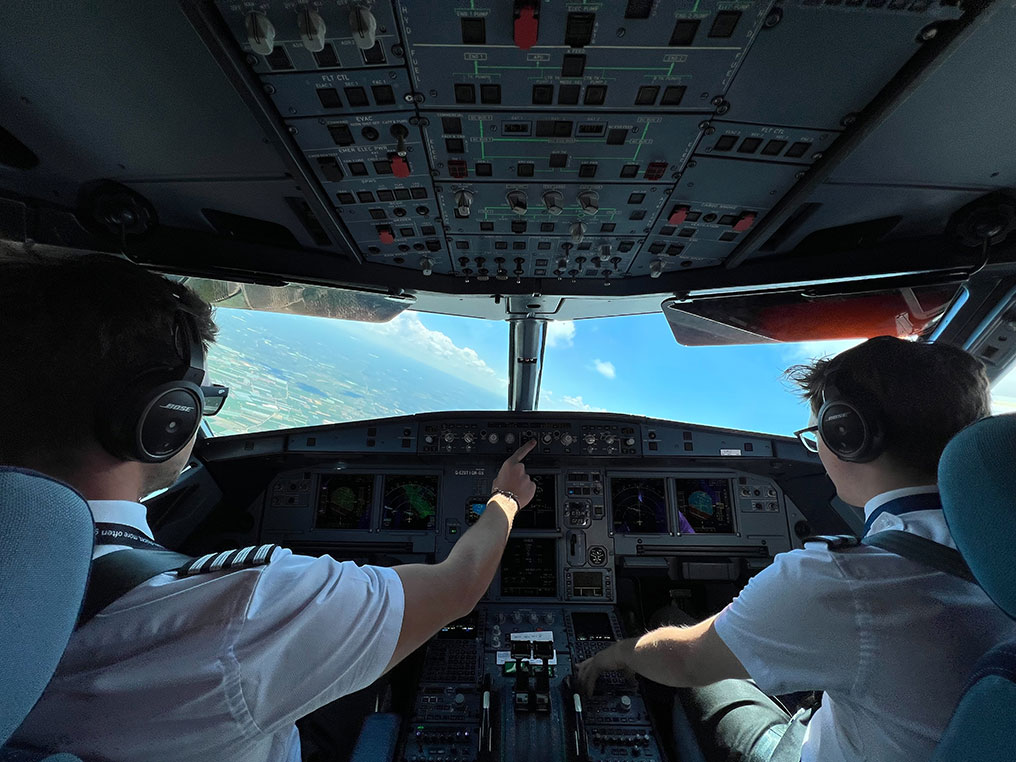 Day in the life of an Airline Captain

We spoke to Sam, a Captain on the A320 series, based in London with a short haul carrier. Sam gives us his highs, his lows and some advice for anyone aspiring to become a Pilot within the aviation ind...