The differences between ATPL, CPL & MPL

There is an interestingly wide variety of pilot license, and each of them grants different types of rights; what aircraft a pilot can fly, how far they can fly it, etc. Some are for commercial and professional flying, while others allow for recreational flying. Let's examine the breakdown of the four primary licence types available: PPL, CPL, ATPL and MPL.

Whether the aim is to become a professional airline pilot or just have a license to fly for fun, you will need to complete a PPL. A PPL for airplanes will allow you to act as pilot in command (PIC) in non-commercial operations on airplanes or touring motor gliders (TMGs). This can be done at flight schools or in one-off lessons, however, there is criteria you need to meet before you can get this license...

The minimum age to get a PPL is 17 and you will need to hold a Part MED Class 2 Medical Certificate. The exception to this is for holders of a PPL(A) with instructor or examiner privileges.

If you were a Private Pilot before and decided to pursue a CPL, you are now pursuing your career as a professional pilot. If you have a CPL with Type Rating endorsement, you are qualified to fly multi-crew airliners like the Airbus A320 or Boeing 737 and can apply to work for airlines, turning your hobby into a vocation. However, a pilot with a Commercial Pilot Licence and an ATPL theoretical certificate can only command a multi-crew aircraft after accruing 1500 flight hours or per the company's policies. The previously finished ATPL theory is now unfrozen.

The Commercial Pilot Licence can be obtained in two ways: integrated or modular. Despite the paths' major differences, they all lead to the same license. The modular option provides more flexibility because the course is tailored to your needs, giving you more freedom to organise your personal time and finances.

The integrated method, on the other hand, necessitates continuous, intense learning. Both have their benefits and drawbacks, so you may want to carefully consider what specific goals you are pursuing.

The integrated method works best for completing coursework quickly, whereas the modular programme, which can take up to 36 months to complete, will meet your demands if you would want to work part-time while completing your training and have the option of making payments over time.

The highest level of certification for an aircraft pilot is an Airline Transport Pilot Licence. A pilot must possess an Airline Transport Pilot License to hold an airline's Captain position. As was previously indicated, the CPL can be upgraded to a full-fledged ATPL whenever a pilot reaches at least 1500 flying hours (or in accordance with a corporate policy) and is qualified to take the ATPL check (practical test), providing they have already passed an ATPL theory test.

The MPL enables a pilot to operate commercial multi-crew aircraft with the same rights as a co-pilot. Since the MPL pilot training is an airline-specific professional pilot licence programme with a particular airline and aircraft training syllabus, students belong to a specific airline from day one. They are completely exposed to that company's SOPs.

While this competency model is now frequently modified and added to other pilot training programmes, such as ATPL and CPL, it has always been the foundation of MPL.

Additionally, a sizable portion of training is conducted in simulators rather than on smaller aircraft, where it is possible to practice threat and error management and imitate particular circumstances.

As you can see, many pilot licences and associated training programmes exist. Depending on your objectives, needs, and financial status, make your choice. Opportunities exist for whatever you choose to accomplish with your pilot's licence. Licensed pilots have a wide variety of aviation occupations at their disposal. You have more possibilities for the more licences and ratings you have.

ATPL vs MPL vs CPL

You may be considering obtaining your pilot licence. But which is the best if you want to fly professionally for a bigger company? ATPL, MPL, or CPL? Knowing this is crucial since one of these acronyms can be hiding your future in aviation. What distinguishes the ATPL from the CPL and MPL from the PPL, then? Your decision could affect your flying career's cost, duration, or even the outcome.

Getting a PPL or private pilot licence is a terrific idea if you only wish to fly for your own requirements or for fun. You will be able to take pleasure in private flights in a single-engine aircraft after passing the course. But if you want to fly for a living, getting your CPL, or commercial pilot licence, should be your next step. A CPL is essentially an advanced PPL that calls for more precise flying and better levels of airmanship. A CPL holder may operate a small piston aircraft with fewer than nine passengers as the pilot-in-command for business purposes.

The MPL is another (Multi-Crew Pilot). The International Civil Aviation Organization introduced the MPS in 2006 as an airline-specific substitute for the ATPL's more conventional route.

But what if you want to become a pilot for a commercial airline?

The ATPL enters the picture here. The top licence a civil aeroplane pilot can obtain is an ATPL (Airline Transport Pilot Licence). You can undertake private and commercial operations with your ATPL and co-pilot or be the pilot-in-command of any flight. You must, however, possess both the class or type rating for the aircraft you wish to fly and the relevant aircraft category rating on your ATPL.

The MPL, what about it?

You might wish to think about the MPL if you want to fly for a specific airline on a specific type of aircraft. In addition to taking less time to obtain than conventional licences, if you are accepted into an airline's MPL, you are given a conditional job offer before you even start training. MPL emphasises training for multi-crew human factors, particularly for managing threats, errors, and crew resources. The programme emphasises simulation, with less in-flight training than in traditional training.

The distinction between an ATPL and a CPL

While a CPL will allow you to fly a small piston aircraft as the pilot in a command position, you need an ATPL to pilot an aircraft that has a maximum takeoff weight greater than 5700 kg. Therefore, getting an ATPL will lead to many more prospects since airlines typically only accept ATPL holders rather than CPL holders. Simply said, if you've always desired to be an airline pilot, are prepared to advance from the first officer to captain, and want to fly larger planes like Boeing, Airbus, or similar commercial airliners, an ATPL is a right licence for you.

How can I obtain an ATPL?

You can obtain your ATPL in two ways: integrated or modular.

The integrated ATPL programme is designed to equip cadets with all necessary knowledge and abilities in less than two years. The integrated ATPL student, however, has little flexibility, and they must work hard during training with no breaks, unlike CPL students. You must meet several prerequisites to obtain your ATPL. To take the ATPL flight test, you must be at least 21 years old and have a Class 1 medical certificate.

Additionally, if you apply for an ATPL, you must possess a CPL for multi-crew piloting and have finished training in multi-crew cooperation (MCC). This licence is also available through the modular method. As a result, you can train at your own speed, select different schools for different phases, and take breaks if you'd like.

After completing my training, my ATPL became frozen. What's the deal with that?

It's all a part of the bigger process, so don't worry. After completing the course, you will receive an ATPL (frozen)*, which entitles you to either begin searching for employment as a first officer at airlines or fly small commercial airliners with up to 9 seats. You merely need to accrue the necessary number of flying hours and complete the last tasks necessary to land the desired job to "un-freeze" the licence.

Until you have accumulated 1500 hours of flying time, including time spent on multi-pilot transport, cross-country flights, instrument flights, and more, your ATPL will stay frozen.

Every pilot will eventually need to complete the ATPL process and take the examinations to unfreeze their licence. Some pilots will complete it as soon as possible, while others who have been employed by an airline since they were cadets may not have yet had to. The majority of airlines hire based on the results of the ATPL tests.

The ATPL theoretical training and exams are necessary for any aspiring airline pilot, regardless of their circumstances. Taking ATPL examinations is the tried-and-true approach for those born to fly to advance to the next stage of their profession. 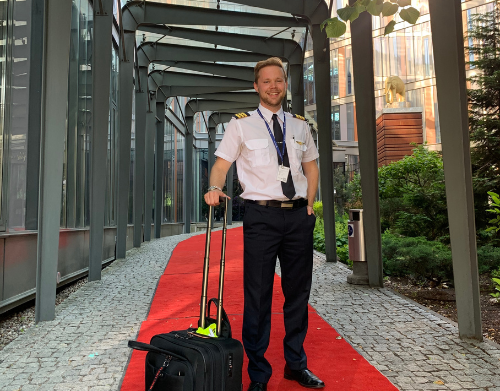 My unexpected journey of becoming a Pilot

Meet Carl... now an Airbus A320 Pilot at Eurowings Europe. However, he very much stumbled into the aviation industry! Read on to find out more about his unexpected journey and career path. Did yo... 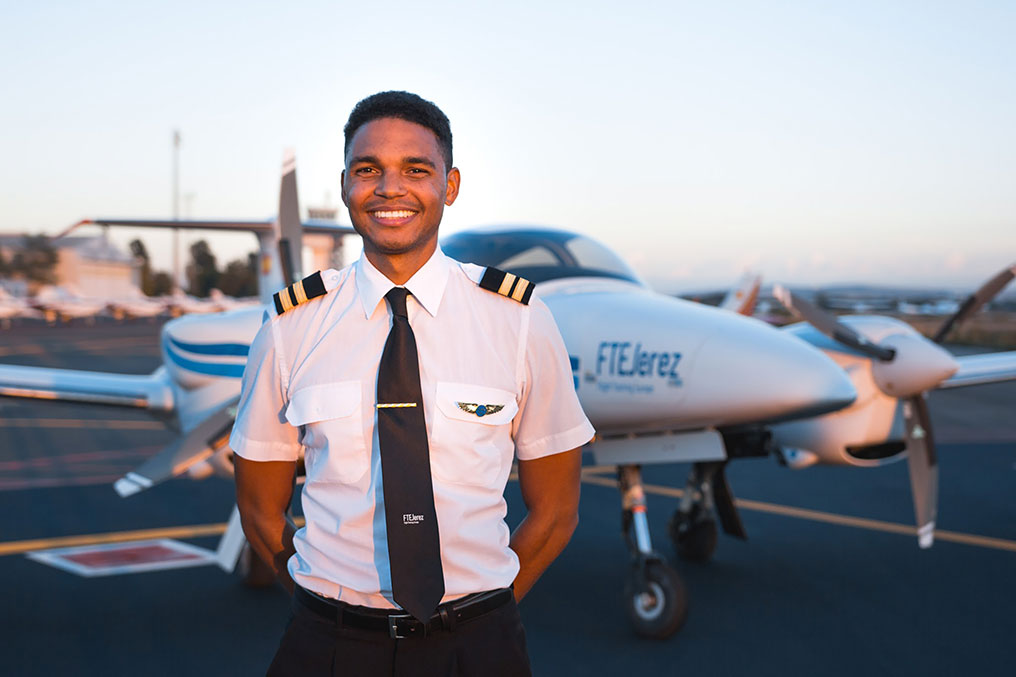 From one runway to another: How I went from a Fashion Week model to an easyJet First Officer

Meet Jerome, currently a First Officer for easyJet, but former Fashion Week model. Read on to learn more about his journey and how he went from one runway to another.   Tell us a bit about... 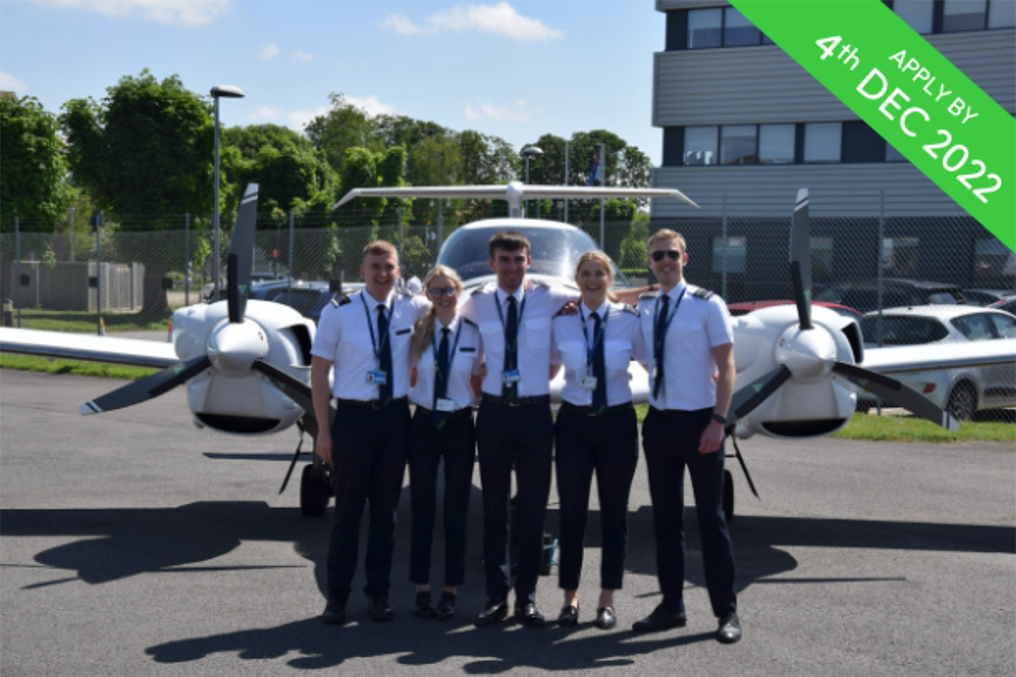 We spoke with Andy McFarlane, CEO of Leading Edge Aviation, about their new fully funded LEAP & FI course. Andy covers what is included in the course, the financial barriers for Pilot training, wh...