How to Answer ‘Why Are You Leaving Your Current Job?’

In any interview, your interviewer is going to want to know why you want the role, which usually involves finding out why you are leaving your current job.

This is a relevant question if you are currently employed or if you left your previous role some time ago. In this case, they might ask ‘why did you leave your last job?’ Be especially prepared for this question if there are large gaps in your employment history or if you were in a role for a short period (usually less than a year).

How you answer this question will obviously depend on your personal situation and in some cases, it will be more difficult to answer than in others. For example, if you had a fixed-term contract or your previous role was an internship, this question will be quite straightforward to answer.

However, if you are thinking about moving jobs because you don’t get along with your current boss, for example, the question immediately becomes more complicated. This question becomes even more difficult if you were asked to leave your last job. Don’t panic – there is a way to answer this question whatever your circumstances.

There are two golden rules for answering this question. The first is that your answer should be focused on positives and how the move helps you move forward in your career. The second is that you should always avoid speaking negatively about your current (or previous) employer. This will trigger alarm bells for your interviewer about your suitability as an employee.

Why Do Interviewers Ask?

On the list of old and overused interview questions, ‘why are you leaving your current job’ is perhaps the least irritating. The answer they are looking for is straightforward and they aren’t trying to trick you in any way. Your answer to this question is highly relevant and important to any potential employer for a number of reasons.

Interviewers want to know if you are leaving your current role voluntarily or if you have been asked to leave. If you were asked to leave, they will want to work out if it was because of your performance in the role.

They will want to know if you are still on good terms with your current or previous employer as this will indicate whether or not you are good at managing relationships. It is also a good indication as to whether you are the type of worker that employers like to work with.

They will want to know if you are leaving your current role for a good reason, such as career progression, or on a whim. This will give them an insight into your personality and will make it clear if you are a hardworking and loyal employee or if they might have issues retaining you for a longer period.

The ideal answer to this question is that you have learned everything you can from your current role and that this fantastic opportunity is the clear next step in your career.

You are excited about the role, about what you would be able to offer in the role, and about the direction the company is headed. The move is clearly in line with your long-term career goals. If this is your honest answer then job done – your interviewer will be thrilled to hear it.

Unfortunately, the reality is often a bit more complicated than this. If you are looking to move jobs for a reason such as you don’t get on with your current team, you will need to be a little tactful with your answer. This is the moment to drop in a little reminder that you should never lie in a job interview.

Instead, make sure that you highlight the positives rather than the negatives. Rather than saying that you don’t like the team, you could mention some of the things you’ve learned from the role in a challenging environment. You could then mention how exciting you feel the team structure is at the interviewer’s company and how well suited you are for it.

This helps them see that you are focused on positive progression rather than just trying to escape a negative situation.

There are some situations in which you will not be able to avoid mentioning negative circumstances. Perhaps your department is being moved or closed.

Perhaps the company is struggling financially and has no choice but to let you go. In this case, keep your explanation brief, there is no need to go into too much detail. Instead, focus again on the positive experiences you had at the company and why the open position is so attractive to you in light of this.

If you have been let go for a more delicate reason, it is important that you show the interviewer that it was an isolated situation that won’t be repeated. Remain positive and focus on the opportunities ahead.

How Not to Answer

One of the worst things you can do is to bad-mouth your current boss in front of a potential employer. This raises all sorts of issues, such as concerns about your loyalty and professionalism. Even if you do have a terrible boss, it is far better to side-step the issue and focus on matters such as career progression instead.

Don’t tell them that you hate your current job. Again, even if it’s true, show what you’ve learned from your experiences and how this new position will allow you to reach your potential.

‘I have been in my current role for two years now and at the company for five. I have had a great experience at X and have especially enjoyed the responsibility I’ve been given over the last year in particular. I’m looking for a new role now as I feel that X has offered me all it can in terms of career progression. This role is particularly exciting to me as it will allow me to develop the managerial skills I have been developing over the last year and really reach my potential as a manager.’

Why we like this answer: This candidate is clearly focussed on career progression and it seems that they have outgrown their current role. The answer is concise, enthusiastic, and portrays them as a proactive candidate.

‘As you can see, I have been in my current role for nearly a year. I have learned a lot from this experience and it has really developed my interest in X. This is something I wish to pursue in my career and as your company has such a focus on X, this role was an opportunity I could not pass up.’

Why we like this answer: Even though the candidate hasn’t been in their current role for very long, they have phrased their answer in such a way that doesn’t make this a negative point. They might have been unhappy in the role, but they have framed wanting to move as a decision that will allow them to progress their career. 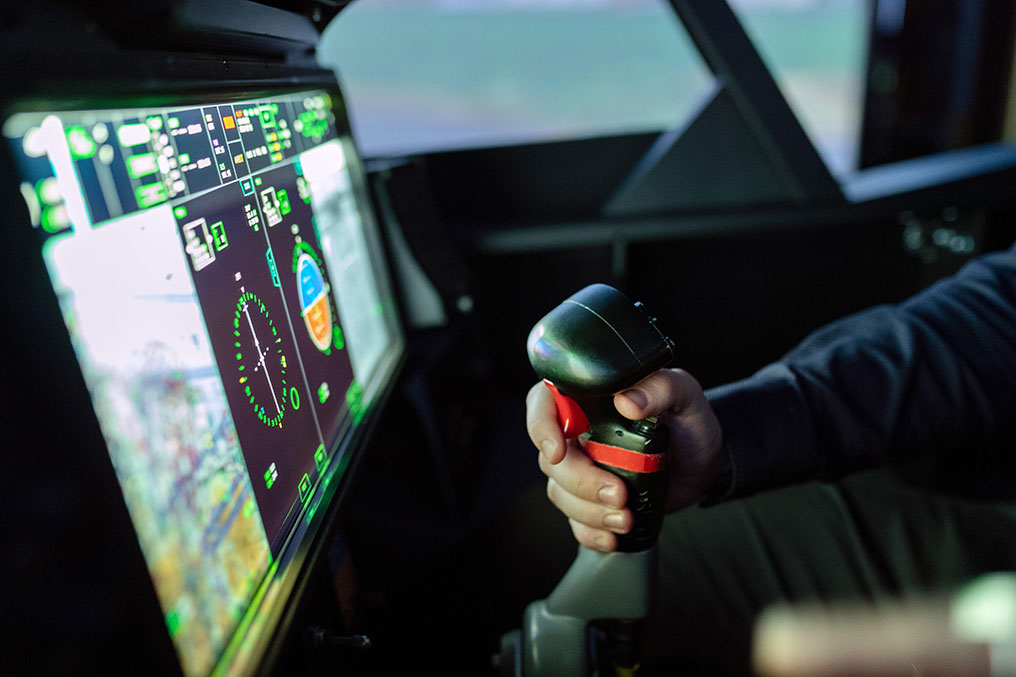 Preparing for your Cadet Pilot Interview

In this article our partners Symbiotics, aviation assessment provider, detail how to prepare for your cadet pilot interview. Read on to find out their tips and check out your exclu... 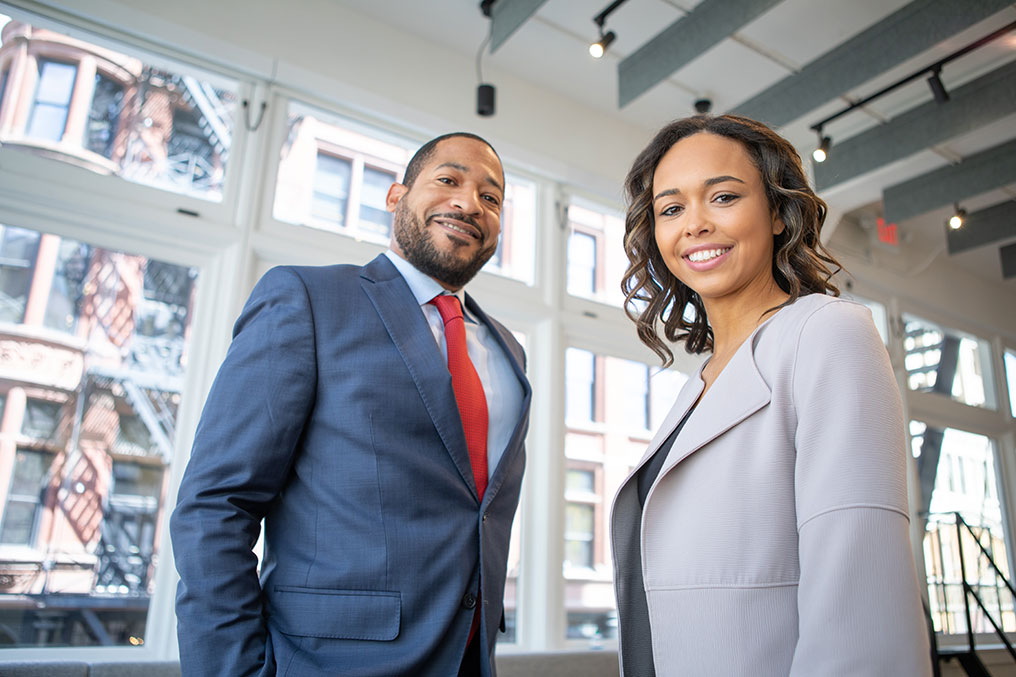 What to wear at an aviation interview

What to wear at an interview Knowing what to wear to an interview gives you the opportunity to present yourself to a prospective employer. Part of that presentation is making sure you dress a... 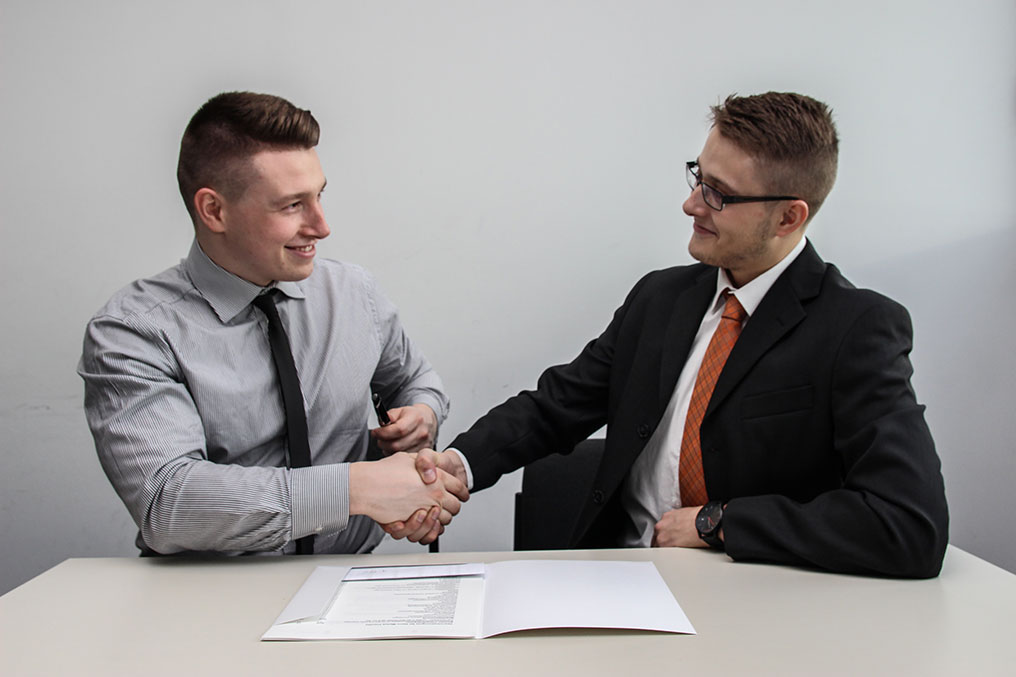 Making a great first impression at an interview